Every year, the festival attracts outstanding interprets and musical ensembles. Within the past years, the festival has hosted Dagmar Pecková, the Slovak soprano Ľubica Vargicová, the violin virtuoso Gabriela Demeterová, our leading pianist Jitka Čechová or harpist Kateřina Englichová. Out of the ensembles, let´s name the world famous Schola Gregoriana Pragensis or the Prague Philharmonia. The last years produced demanding festival projects – Glagolitic Mass by Janacek was presented in 2008, in 2009 it was the Matthew Passions by JS Bach as well as a chance to compare the works of Mozart and Salieri in the production of Requiem by each composer. The Giuseppe Verdi Requiem production in 2010 was a most exacting task and became a truly unforgettable experience for all people present. 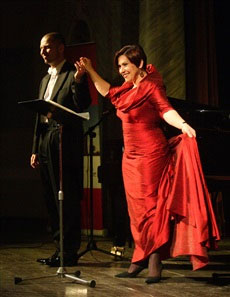 The festival provides a range of opportunities to other Pilsen institutions. The West Bohemian Music Centre - Západočeské hudební centrum, as well as the West Bohemian Museum in Pilsen - Západočeské muzeum v Plzni that brings about interesting and inspirational exhibitions. On top of that, an international piano competition – The Smetana Competition takes place in Pilsen every other year and the prize-winner concerts, where one can listen to first-rate performances in the field of the piano interpretation art, are the competition highlights. The J. K. Tyl Theatre performances are always contributive as well as the production focusing on younger spectators, popularizating the world of classical music and opera in an entertaining and planul way („The Bartered Bride as you don´t know her“, „On Rusalka“). 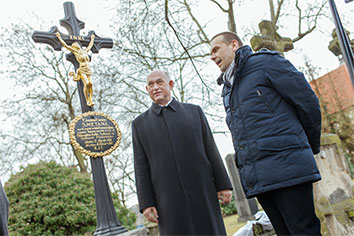 After problems that occurred in connection with financing the Smetana Days festival in 2012, the Pilsen Philharmonic was addressed by the festival organizers as well and gave a series of outstanding concerts. The dramaturgy showed to be a happy one and all music production was a great success with the audience.

In 2012 the Pilsen Philharmonic won the open competition and became the festival chief organiser for the period 2013-2015.